Home » Segway Scooters » The Clear Difference Between Segway’s miniPRO, i2 SE and the x2 SE

Let’s get down to brass tacks: you can immediately tell, that the biggest difference between the miniPRO and the i2 and x2 Personal Transporters (PT)… is the “steering column.” Now, the miniPRO itself is a hoverboard (even if Segway claims otherwise – if it looks and quacks like a duck), whereas the other two are Segway PTs. The PTs are controlled via a leanSteer frame (which you hold onto the handlebars with your hands). The miniPRO hoverboard is controlled with your knees – using the knee-high frame you stand above. 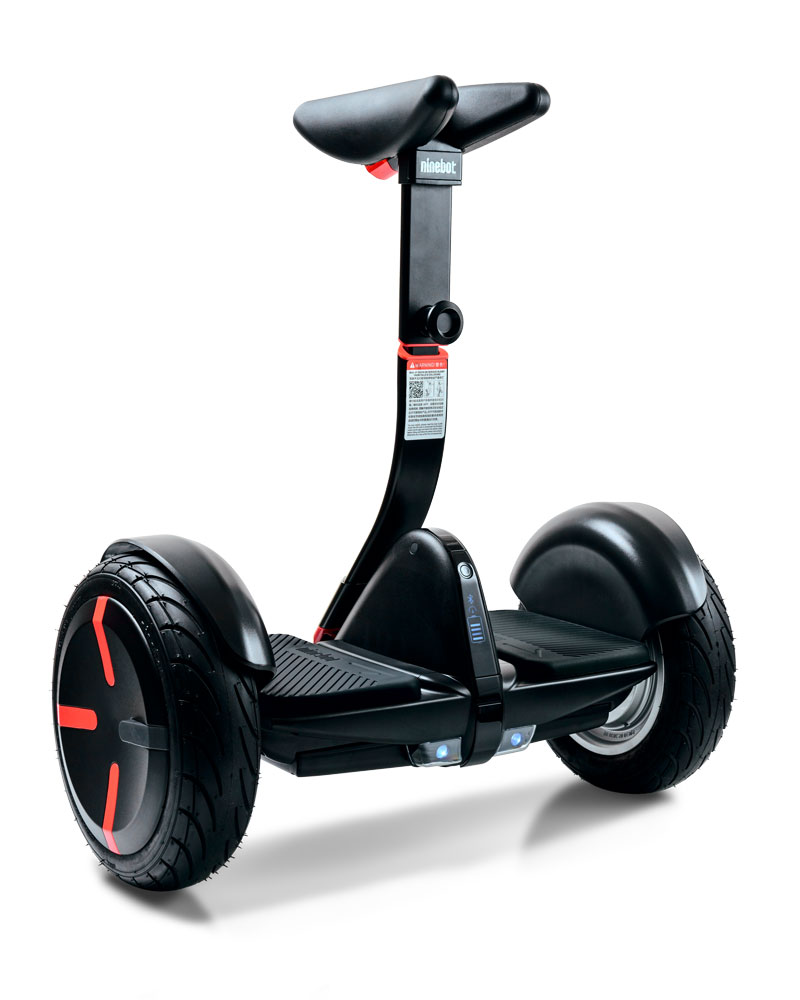 SE is short for “second edition”, which is exactly what these PTs are: upgraded transportation. We won’t go into how they are updated, second edition versions. No, what we’re going to talk about now is the various differences between the x2 SE and i2 SE.

Let’s get to it: the fundamental difference between these two machines is their primary function. The i2 SE is a road-only, flat surface PT. The x2 SE, by stark contrast, is fit for rough terrain – as an off-road PT. This means the i2 SE is not for you if you intend to ride grassy fields, hiking paths, or bark-dense forestry and gravel, etc. However, the terrain I’ve described is perfect for the x2 SE, because this is the terrain it was specifically manufactured to conquer. (Although the x2 SE can ride on flat surfaces, no problem.)

Worth remembering, however, is that while the i2 SE can ride over “miniature” off-road terrain (such as grassy fields and small amounts of environmental debris)… it would have an extraordinary struggle maneuvering efficiently in a forest or bike/hiking path – whereas the x2 SE would flourish. 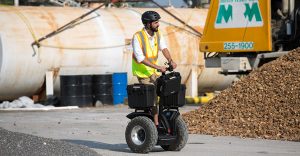 There’s a remarkable, drastic difference in the total weight between these three vehicles. For example, the i2 SE (which is the paved-only version, remember) weighs a whopping 105 lbs. (47 kgs.). On the other end of the scale, the x2 is a staggering 120 lbs (55 kgs.).

These devices are so heavy only when they are fully assembled. Both versions’ leanSteer frames can be detached from the “base” (via screws and bolts) and removed. This makes both the x2 and i2 perfect for packing in the back of hatchback trunks, SUVs, or pick-up trucks.

By contrast, the Segway miniPRO seems… well… mini. It is only about 28 lbs. (~13 kgs.) which is very easy to tell that due to the lack of such large tires and a minimally-small engine (compared to its hunkier, larger cousins). The drastic weight difference, when comparing the sheer size of all 3 machines, is not so hard to comprehend.

When it comes to total speed, the Segway PTs share something in common: 12.5 mph (20 km/h). These vehicles are fast, and they feel even faster once you push it to the limit and make these things really go. Know, though, that Segway always keeps the safety of their riders and customers in mind. That’s why these devices have a safety mechanism that automatically slows you down (on its own) when you reach top speeds – by pushing “against” you, backwards, while you’re riding. Eventually, if you don’t slow down on your own, the PTs will. This is designed to keep people within safe speeds and prevent accidents, collisions and unfortunate events from happening. 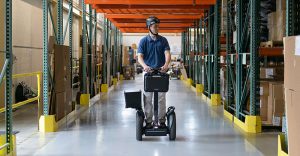 For comparison’s sake, the miniPRO is 10 mph (16 km/h) and, although the number is lower… it’s only lower by measly degrees. The miniPRO is fast for a Hoverboard – considering that some of the only Hoverboards that reach these speeds are off-road ones, such as the Halo Rover and EPIKGO. (And they’re hundreds of dollars more expensive.)

Because of it’s relatively light weight and slower speed limit, the miniPRO can take you farther (on a single battery charge) than one of its Segway relatives. Whereas the x2 SE can take you up to a total of 12 miles (19 km) in one continuous, non-stop riding session – the miniPRO can take you a staggering 14 miles (22 km). Why this is staggering is because the miniPRO is a Hoverboard, which typically travel a total distance of 10-13 miles (when they’re flat-surface only, which the miniPRO is). The i2 SE, on the other hand, blows these distances out of the water by taking you a “scary” total distance of 16-24 miles (25-38 km)

Segway is a household name, and a premium-quality brand who has dominated the self-balancing electric vehicle market since its inception in 2004. Given this, it’s no surprise that the price tags of some of their products are (at first glance) excessively high. It’s only until you realise the life maxim: “You get what you pay for” that the high prices of Segway products make sense. It’s not until you actually step on a Segway product that you realise only “bargain-bin hunters” would raise their noses at the prices.

Let’s warm up with the lowest-priced item: the miniPRO. On Amazon.com its sale price is $499.99. This is a tremendous deal, if you ask me, considering that it’s max speeds and max distance and safety features rival those of more expensive, off-road Hoverboards. (Remember, the miniPRO is on-road.) 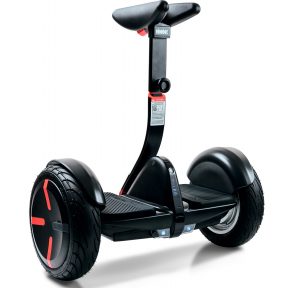 Next we have the Segway i2 SE PT. This pretty thing will set you back $5,000. This price I can sort of understand – but keep in mind that police fleets use Segway products, and I’m wondering if Segway hiked up the price as a result of market demand.

$5,000 is nothing, though, when you learn that the Segway x2 SE PT is nearly $7,000. This machine is expensive, it is high-quality, and personally I feel like it’s the Rolls Royce of PTs in the self-balancing electric vehicle market.

And there we have it: three quality products from a trusted brand that’s been a household name since 2004. Whether you have the money to buy a Segway or not, let it be known that you will seriously have a ton of fun on any one of these products.

Don’t Miss Out the Following Self-Balancing Electric Vehicles As Well: