There’s no doubt about it: We, as a species, generally sit down for longer periods than we need to. This habit puts us into a sedentary lifestyle, wrecking havoc on our health and posture. (Humans were simply not meant to be sitting down for long periods of time – think of our ancestors, who had to be physically superior to survive the harsh world of ferocious predators, nearby enemy tribes and the flight-or-fight reality.)

On the other hand, however, standing for long periods of time also hurts us. This is the case when it comes to Hoverboards, Segways and other self-balancing scooters. Some of these machines can take us up to 12 miles – which is an insane distance to be standing.

This is why the Airwheel S6 Segway-inspired scooter is such a beauty: it’s your typical Hoverboard… with a bicycle seat attached. (Innovative, right?) 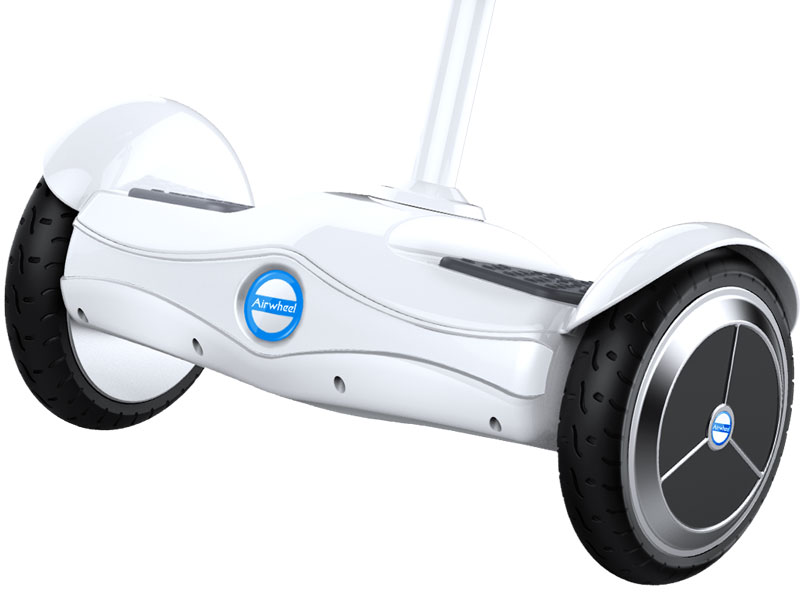 Airwheel is by no means new to the industry – having been established as both a manufacturer of self-balancing scooters and brand. However, as with any great company who seeks to “stay in the game,” innovations must be made. That is precisely what Airwheel did with their S6 Segway-style Scooter, released last year in 2016.

When you go to Airwheel’s website, they describe the S6 as an elf, “passing through the city.” It does look like an elf, doesn’t it? (A really drunk elf.) While the aesthetics aren’t something that will win the envy of passers-by, since it certainly doesn’t look as awesome or jaw-dropping as Segways or other Hoverboards (the EPIKGO comes to mind)… looks aren’t everything in this world. (Personally, it looks rather futuristic, sleek and minimal. Perfect for modern life.)

With that said, let’s take a look “under the hood” to see what makes the S6 Segway-style scooter worth buying.

The machine itself weighs a staggering 32 lbs. What is surprising about this is the fact that, even with the seat it is still on-par in total weight with its Segway-style rivals. Whether 32 lbs. is a lot for you depends on whether you can carry that much weight – as might be the case if ever the battery dies on you.

Less remarkable (and perhaps all too common) is how much weight the S6 can carry. If you’re above 220 lbs. [x kgs.], this isn’t the scooter for you. (I’d better not put on any more weight.) However, if you’re under 220 lbs. then the S6 will have no problems transporting you wherever you want to go, whenever you want to get there.

When it comes to any self-balancing electric vehicle (no matter the manufacturer), a big issue among most customers and riders is speed. It’s a factor for speed freaks who want to go the fastest they can, and it’s a factor for people concerned about accidentally loosing control and taking a spill.

The S6 can reach a top speed of 11 mph ([x km/h). Compared to other Hoverboards, this thing is fast – as the industry-standard norm is usually 8-10 mph. Compared to other Segway-style scooters, however, and the speed is comparably slower. (By 4-6 mph.)

Whatever the speed case may be, the point is this: The S6 is fun to ride – as it should be. And depending on the rider’s steering ability and foot control, 11 mph. is (dare I say it) safe to ride. 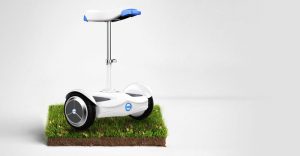 Here’s what separates the S6 from other self-balancing scooters: the steering column. While “technically” a bicycle seat you can rest on while you’re riding, you can also crouch slightly and use it to “lean” left or right as you steer. This is what makes the Airwheel S6 noteworthy, and worth taking a second look at: up until now, I personally haven’t seen a scooter with a seat.

For comparison’s sake, the Segway miniPRO has what looks like a seat as well. In reality, the knee-high column that stands between your legs is actually the “steering wheel.” You just use your knees to lean in the direction you want to go – and can’t actually sit on it. With the Airwheel S6 however, the seat is just what it is: a seat that you can sit on if you choose. 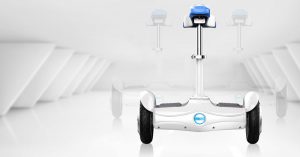 A hot issue with electric scooters, Hoverboards and other self-balancing vehicles is the battery. When the world was introduced to these bad boys, a lot of products (especially Hoverboards) were recalled due to spontaneous battery combustion. This resulted in hundreds of fire-related injuries where the Hoverboards simply “exploded” and caught fire.

In retrospect, these accidents were due to faulty batteries, put in by manufacturers who cut corners to meet market demand. This is not the case nowadays (when you deal with reputable companies, at least). 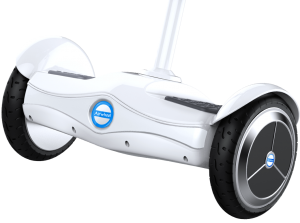 That certainly isn’t the case with Airwheel: they’ve installed premium-quality Lithium-ion batteries in the S6. Not only that, but the battery system itself has a dual-core, redundant management system. What this means is when one core in the machine fails, the other one will keep working while that core fixes itself. (If you’re a PC enthusiast, this system is similar to a Raid array.)

Know, however, that the battery packs in these vehicles have a maximum charging capacity. This means that they absolutely cannot be charged any longer than the recommended time. (Similar to a cup of water – the cup itself can only hold so much water, and if you keep filling it up, the cup is going to overflow.) When you charge the battery longer than the allotted capacity, explosions will happen. So monitoring your vehicle while it’s charging is strongly recommended. 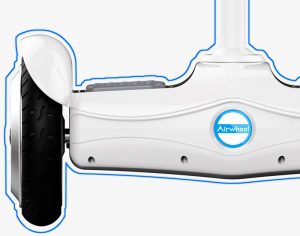 That said, the battery itself needs roughly 3 hours (180 mins.) to fully charge. While this may seem like a long time, keep in mind that the 260 WH double capacity Panasonic XXL battery pack is also being charged. This premium battery pack is responsible for giving the S6 its tremendous “oomf” in terms of raw power and long distance. (Expect to travel a whopping 20-40 miles. 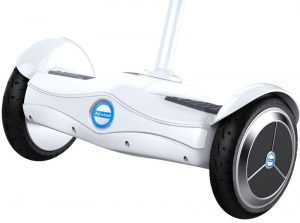 When all is said and done, the Airwheel S6 Segway-style Scooter costs $800.00. While the price may seem steep, keep in mind that this is not just another Hoverboard – it is a hybrid between Segways and Hoverboards. As such, Airwheel has “stuffed” their S6 product with so many battery-safety features, I’m surprised the S6 isn’t more expensive. (Hence why I called it “Mr. Safety.”)

Also Checkout the Reviews of Other Segway Scooters: