When Airwheel released the S3, an all-terrain two-wheeled electric scooter… people found it cool and new, but nothing extraordinary – as off-road Hoverboards were increasingly commonplace as each manufacturer/brand released their products to the worldwide market.

Yawns turned to dropped jaws when Airwheel changed the game the day they released the Airwheel S5. (On June 18th.) Not because the Airwheel S5 ‘floated’ seamlessly on flat and paved surfaces. Nor because it had virtually no problem coursing on unpaved, rougher terrain. No, it’s because the S5 rode over grass like it was nothing. (Which these days is all too common-place, even for road-only scooters and Hoverboards – but back then these features changed the game.) Quite simply, the S5—metaphorically—looked at the grassy terrain and fields and laughed.

Part of this is due to Airwheel’s decicion to put 16” tires on the S5. These “huge” tires made the machine able to travel down stairs with relative ease and little-to-no rider accidents—depending on the rider’s balance. 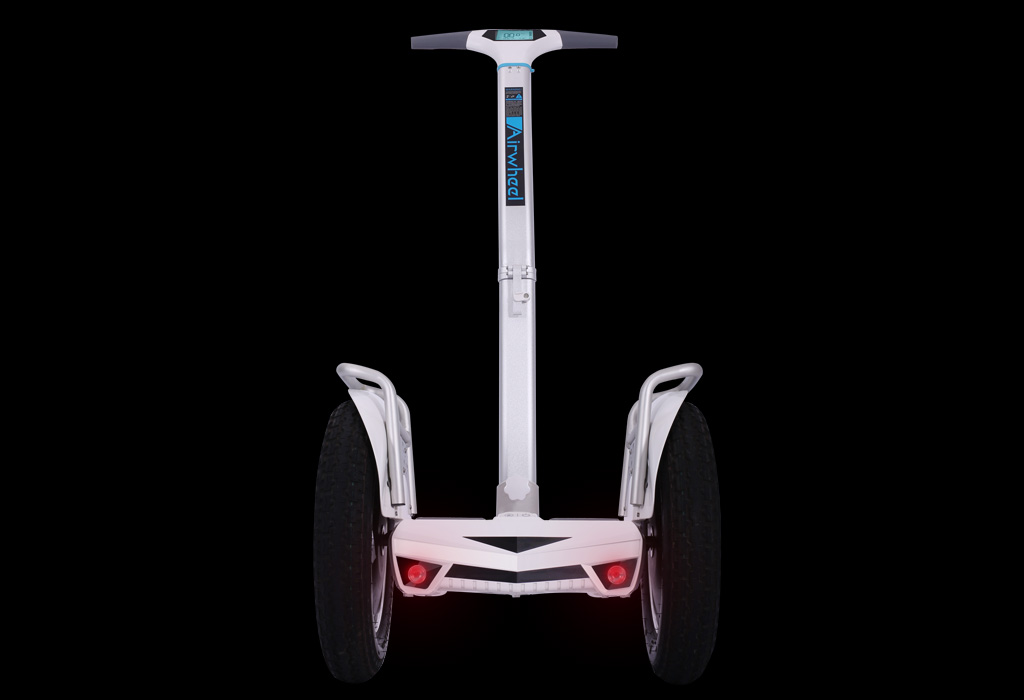 All of this, however, wasn’t as important as how the S5 could hold up while covering dirt roads, climbing up inclines and slopes, and rolling over bumps. Without a doubt, the S5 held up to these conditions (just as Airwheel knew it would, after putting it through a grueling series of such tests hundreds of times). It’s evident they knew how to take the S3 and make an even better piece of machine. (As we saw when they took the S5 and made it even stronger in the form of the S6 and S8.)

What else separates the Airwheel S5 from its rivals? How about the fender holder, crafted from special aviation aluminum alloy, which is exclusive to Airwheel. (That’s like learning that Meg Ryan wants to come to only your home—and no one else’s—with a bottle of wine.) This means that it can carry more and endure more collisions and accidents, while being half the weight of other self-balancing electric scooters.

In fact, you might be surprised to learn that the S5 is only 74 lbs. (34 kgs.) Why surprised? Because the “industry-standard” weight for most Hoverboards and scooters is a whopping 20-30 lbs. max. So the S5 is clearly a heavy machine designed to do some heavy-road riding.

This machine in particular has been compared to the famed Lamborghini (in scooter form), and it’s easy to see why. From the moment you set your eyes on its sleek, sexy scooter-zooming self, you can almost feel your desire burst—the same way it does whenever you see the Lambo and hear that raw surge of a powerful engine roar. Plus, it also draws the comparison since both vehicles look so dang sexy.

This aluminum alloy means the S5 is/was comparably lighter to its’ then-competition, while sacrificing none of the safety features and strong, endurable quality Airwheel products have been known for. (It’s not hyperbole to say that this thing can take its fair share of collisions and accidents and still operate.)

Let’s talk about safety. The S5 has dual chips and dual-battery protection boards. What this means for you, is if one chip malfunctions or stops working—for whatever reason—the other chip/battery “expertly takes on the load” and keeps the machine operating, while the chip/battery repairs itself. These intelligent chips (in the CPU) have a transporter that gives the 2-wheel self-balancing machine its name: “2-wheel electric self balancer.”

Being able to listen to your own music (via Bluetooth or the manufacturer’s app) has become a staple in this industry – even as far back as Inexpensive Boards changed the game all the way back in 2015. However, Airwheel decided to do something different with their S5 – they didn’t just put in a sound system: they put in a sealed-bass sound chamber… and enlarged it. 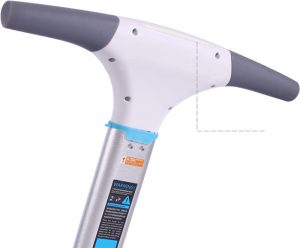 This means you feel the bass of your favourite songs and actually feel the music is closer to you than ever. This was a wise decision when the S5 was released, and I’m glad the rest of the competition caught on to how much people love their tunes. (To give you a sound comparison: previous Airwheel self-balancing electric vehicles’ systems sounded like laptop speakers… and then… they made the S5’s sound system sound like headphones. While it’s still not the best it can be, it’s a DRASTIC improvement in quality and musicality.)

The tires themselves are 16” – which are the widest and largest tires Airwheel has put on their products. This is what makes the S5 able to “handle” off-road terrain so easily and comfortably, compared to its previous road-only product line. This means the S5 can be successfully (and with joy) ridden on rough terrain such as hiking trails, bike paths, grassy fields, light snow and sand. 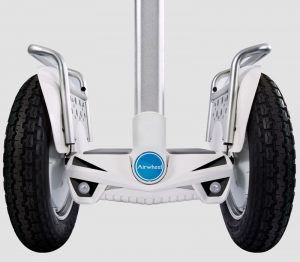 The downside is, riding on rocky/rougher terrain takes more power – which requires more electricity to run at full power, which means your battery runs out quicker. (It’s the equivalent of going faster in a car – you’ll get where you need to in a shorter amount of time, but you use up more gas to get there faster.) When you’re charging the battery, expect a downtime of 4+ hours.

Thankfully, the S5 can be safely taken out to 31 miles (50 km) without worrying about the battery. 31 miles is unheard of in this industry – as the usual total distance for most Hoverboards or Scooters is roughly between 17-25 miles, max.

The LED display (4” wide, set smack-dab in the middle of the steering column) keeps you up-to-date, in real time, on what your speed is, how far you’ve gone, machine temperature and what the battery level is. This useful information is gold when you’re out riding – as it may be easy to forget to check in every now and then. Luckily, the LED display is wide enough so all you have to do is glance downwards and check. 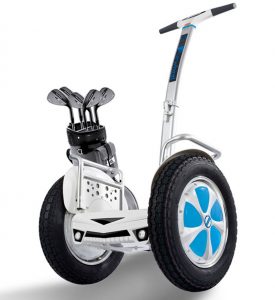 Also fortunate for you is the fact that the Sony/Panasonic Lithium-ion battery is high-performance and high quality. (Panasonic and Sony, if you don’t know, are tech titans.) It goes without saying that the battery in the S5 is pristine and in tip-top condition. (What also helps is the battery is advertised to have a 5-year lifespan) and can store up to 680wh electricity.

Above all, I would consider the Airwheel S5 a more-than-valuable investment this Summer – despite Airwheel releasing updated versions of the S5. It still is a classic choice to ride.