As hoverboards’ learning curves take a while to get used to, the Surfus is no different. However, it only takes a few hours (or riding sessions) to familiarise yourself with the mechanics of actually stepping on/off most self-balancing boards. As with anything we try that’s new, such as riding a bike for the first time, it’s crucial not to get frustrated but actually try to have fun while learning how to operate the Surfus.

(Thankfully, manufacturers include user manuals in their shipping packages. Whether this is common practice for other manufactured boards, I don’t know – as I don’t have the cash to buy them all; nor have I seen anybody else talk about user manuals. Although it’s a nice touch, regardless.)

From an objective standpoint, self-balancing hoverboards take you almost anywhere you want to go. They give you the mobility and near-freedom of feeling “unchained” from the world, and are a great thrill to ride for long distances. 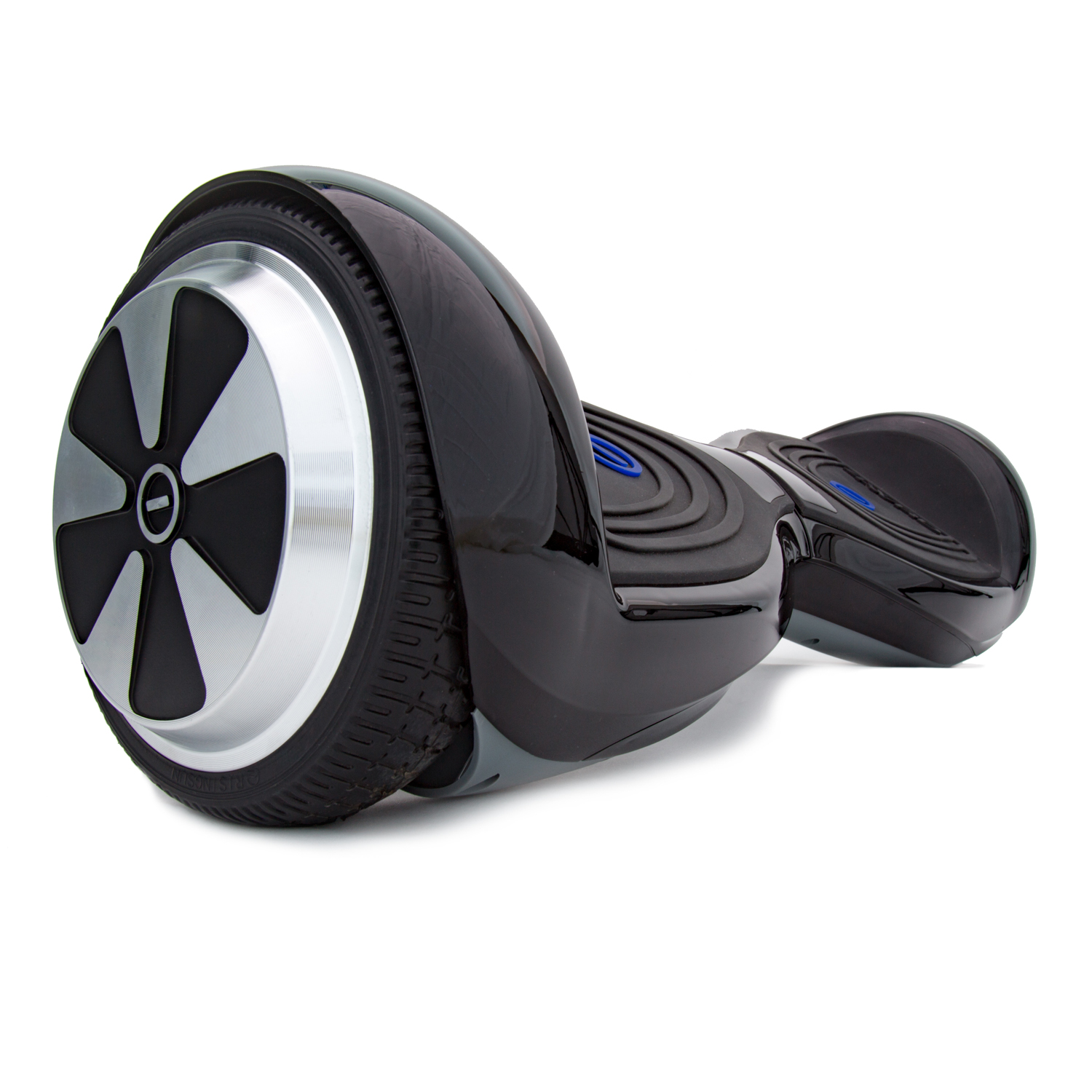 On a personal, subjective level, they are awesome! I’ll never get rid of my hoverboard for as long as I live – it’s that fun to ride. Whether it’s at night or during the day, the world just slips away. And the Surfus Waterproof Hoverboard provides the same experience.

Thanks to its non-slip foot pads, the Surfus Hoverboard can expertly maneuver around tight corners (such as indoors) and allow you to “do donuts” without any fears of falling off. This is because the non-slip foot pads make it almost impossible for your feet to accidentally slip or skid – once you get the hang of balancing on the board while in motion.

Moving forward, backward, or spinning is as simple as “tilting” your foot pressure in the direction you want to go. The Surfus Hoverboard’s foot sensor/self-balancing technology makes it easy to “guide” its direction. (Most people aren’t used to this kind of sensor technology, which explains why almost everyone wobbles like a penguin when they first step on, myself included.)

If you couldn’t guess already, it’s water-proof with an IP34 rating. That means minimal splashes (like raindrops) won’t damage the board or short-circuit it. However, it is not waterproof, and should never be submerged in water.

Bruno F., from San Antonio, Texas, said “It’s actually so quiet I can use it at night when the kids are asleep!” Right off the bat, we can tell that it’s perfect for people who want to experience the thrills of night-time without revving up a car or ATV engine.

Fortunately, the Surfus is perfect for beginners as its top speed is ~6 mph (x km). While this is marginally slower than other manufactured boards, it’s easy to see how older people and children will feel safer traveling this speed than the faster speeds of competitor boards. For example, here is a list of other boards and their top speeds:

A benefit to its “slow” speed is its conservation of battery power (perhaps this was by SURFUS’s design). While the aforementioned boards can travel (on a single battery charge) a maximum of 12 miles (~19 km) – the Surfus Hoverboard can take you a whopping 12 miles before requiring another recharge.

It’s worth remembering that, almost by design, most self-balancing scooters should not be overcharged. As most batteries have a maximum battery charge, over-charging them would actually cause battery malfunction (and in some cases destroy the battery – resulting in the worldwide-fear of exploding hoverboards, which were many consumers’ frequent concern when electric scooters were first introduced to the public).

A problem would occur only if you overcharged the lithium-ion battery. The Surfus Hoverboard is UL2272-certified, meaning it passed hundreds of industry-standard electrical and safety tests. As a result of exploding boards and injured riders, New UL created UL2272 tests to put self-balancing scooters (voluntarily submitted by manufacturers) “through the ringer”, so to speak. It’s similar to car manufacturers sending their products to test companies to smash their products to test their safety and durability. What this means, frankly, is that any board issued a UL2272 certificate is completely safe to ride (as long as the hoverboard is treated properly).

A major downside, however, is the charging time: It takes approximately 2-3 hours for the battery to fully charge. However, this length of time seems to be standard for most (not all) hoverboards, and should be taken with a grain of salt. Once the battery is fully charged, you can take the Surfus Hoverboard out for a 6-12 mile—or 10-19 km—roll (assuming you’re using it continuously in one riding session).

In addition to the industry-standard UL2272 certificate, each Surfus board is additionally UL2271 and UL60950-1 certified. Making it (in my opinion) one of the safest electric scooters in this price range. These three certificates are included in the shipping package. It comes with the standard 1-year warranty most manufacturers offer. 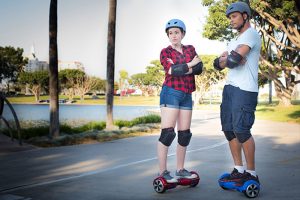 As if that weren’t enough, the Surfus (in almost every class) can carry up to 220 lbs. (x km), which admittedly is 20 lbs. less than other industry-standard hoverboards, but it isn’t a tremendous difference or loss.

The lightweight, compactness of the Surfus Hoverboard makes it relatively easy to climb up slopes and inclines of 15 degrees. Any higher than that and you’ll start to run into trouble.

SURFUS had the safety and visibility of night-riders in mind, when they put eye-blinding LED headlights on Surfus Hoverboards. Being seen by oncoming traffic is simply not an issue with this board. 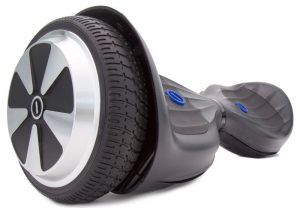 However, whereas most hoverboards shells are made of aluminum, the Surfus’ outer shell is plastic. While durable, scratches are inevitable (as with any plastic surface) and you have to be careful not to “collide” into anything often. Luckily, protective outer-shells and skins can be purchased for standard-sized hoverboards. (Which is a worthwhile investment in protecting the surface, in my opinion.)

Also Checkout the Reviews of Other self-balancing Scooters: